For Silke Helfrich, editor of The Wealth of the Commons, the commons is both a ready replacement for capitalism and the empowerment we need to act. “I see the commons everywhere,” she says. She describes the commons as a practical application of the African concept of ubuntu: your well-being depends on the well-being of other people. “If you feel connected, the commons is in you,” she says.

However, Silke sees a crisis that Nafeez (Ahmed) failed to mention: the crisis of the way we’re taught to think. “What do you learn at school?” she asks. “To get a job and be better than other people.” Not a particularly illuminating education. For Silke, the commons gives us a way to reconnect our ideas to society in a useful way. At the moment, she says, “the social state is not with the people”. 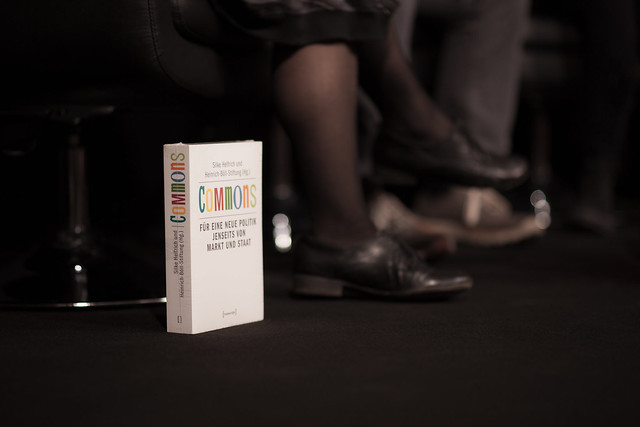 Felix Stalder, professor of digital culture and network theories at the Zurich University of the Arts, agrees. “We’re seeing a fundamental transformation of social institutions,” he says, “the hollowing out of representative democracies and centralised, repressive institutions taking over from more civil government.”

Felix sees our social organisation moving out of democratic reach, under secretive policies that mean we can’t know what’s happening, but “must simply trust that it’s for our good”. He also makes the point that surveillance, as Nafeez’s revelations about the Minerva Research Initiative would suggest, is intended to manage internal security because “they do a crummy job on external threats”.

However, this rise in what Shoshana (Zuboff) would call “surveillance capitalism” faces growing opposition from the commons movement. “These two contradictory things,” Felix observes, “are based on the same structure: the internet.” Currently, the construction of repressive institutions is happening much faster than commons collaboration, but Felix is keen to stress that there is a conflict going on and we can take another side. “What makes commons so valuable,” he says, “is it’s a way of overcoming capitalism: I am because you are.”

However, Felix also warns that it will be almost impossible to properly scale the benefits of the commons without what he calls the “transformation of the state to a commons-enabling state”. That’s not to say that such a transformation is impossible or unthinkable, but it will require radical change, if not quite revolution. 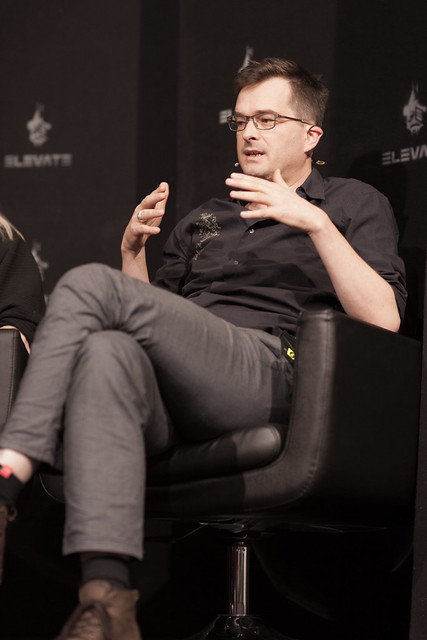 Nafeez, though, cautions us not to create a third ideology of the commons, to go alongside the market ideology and the state ideology. He believes that we can transform the state through the commons without necessarily needing to scale everything. “Act as individuals creatively in the context that you’re in,” Nafeez says, recalling Antonino D’Ambrosio’s theory of creative-response. “There’s no way I can stop the NSA,” he explains, “but I know what I can do in my community.”

This theory of creative-response is an important weapon for taking on the challenges we face with optimism, even when pessimism might, as one audience member daringly suggests, be more realistic. “We’re going to have to take direct action and be ready for that struggle,” Nafeez says in reply. “Whoever said pessimism is more realistic?” He looks out at the audience, challenging. “You’re part of the problem. It’s a self-fulfilling prophecy if you’re pessimistic. Stare into the face of the abyss and be optimistic about it.”

Felix looks confused, however. “You don’t have to be an optimist,” he says. “This is not a spectator sport; you’re not supporting that team or that team.” He is neither optimistic nor pessimistic. “I don’t think capitalism will innovate itself out of existence,” he says, “but I think there are interesting possibilities that they can be nudged in one way or another.”

The economist and activist Friederike Habermann is perhaps optimistic about being optimistic. “The struggle for life is life,” she says, rather philosophically; engagement in struggle, political or otherwise, is what makes us feel alive. Friederike cites a study by neuroscientist Tania Singer, which shows that, if we are trained for one week in solidarity and cooperative techniques, then our tendency to show solidarity and cooperate increases. 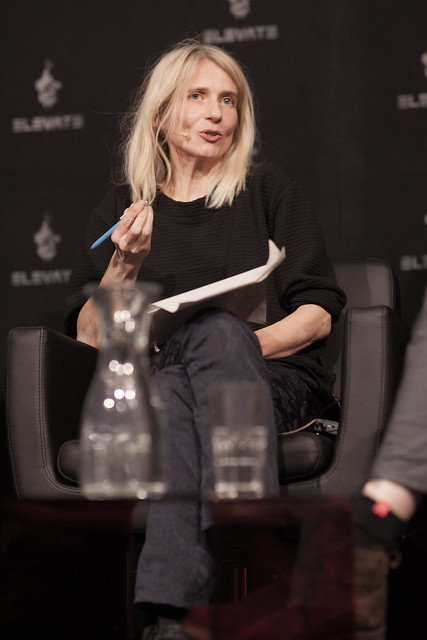 “We have been constructed the way we are for hundreds of years,” she says, “and within one week we can change a little bit. That’s encouraging.” Although she concedes that the pessimists are probably right, Friederike will not stand with them. “I work with people I feel the optimism with,” she says.

A twelve year old girl in the front row stands up to ask a question: “How can we interest other people who aren’t doing anything?” Silke turns to her and replies, “It’s not about interesting them,” she says, “it’s about being interested in them. It’s not about convincing them, it’s about touching their hearts; and you can only do that if you are interested in where they come from.”

You can call it whatever you like: empathy, ubuntu or the commons; it is our humanity and we must find a way of lacing it like a connecting thread through every aspect of our socio-economic organisation, or else run the risk of mutually assured oblivion.

And here  is the  video of the whole conversation held at Elevate Festival 2014 in Graz, Austria.  Amy Goodman’s opening statement begins at 22:56; Friederike Habermann’s segment begins at 39:20; Felix Stalder begins at 45:43; and my pretty improvised speech starts at 52:08.  At 2 hours and 20 minutes, there’s a lot of food for thought here